Overview
History of Publication
Editorial Board
How to Subscribe

The South African Journal of Geology has a publication record spanning more than 120 years, with over 120 volumes of geological articles. The most recent volumes (2000—) are at GeoScienceWorld, starting from Volume 103. Volumes 1 to 102 (1896 to 1999) of the journal are archived at Sabinet.

Subscribers should request support if the full-text content of the Millennium Collection is inaccessible:
Subscriber help request

The Heritage Collection is incomplete; there are missing and misplaced articles. Please help to fully restore this collection by reporting any omitted and / or misfiled content to the Technical Editor:
Report missing content

Except for articles licensed under open access, copyright is vested in the Geological Society of South Africa and all rights are reserved. For information regarding “fair use” and “special” permissions to reuse content published in S. Afr. J. Geol., contact one of the Editors.

The name was changed to the South African Journal of Geology in March of 1987, as a condition for the offer of South African financial support received from the Bureau of Scientific Publications and the Department of National Education for the production of the journal (for the period 1987 to 1997). Despite the name change, GSSA retained continuity of the volume numbers, and the first issue of the renamed journal appeared as Volume 90, Number 1. In addition, the journal continued its link with the past by including the statement Transactions of the Geological Society of South Africa on the cover and title page of each issue published thereafter. The subtitle of the South African Journal of Geology is considered to be Transactions of the Geological Society of South Africa.

A number of Annexures to the Transactions of the Geological Society of South Africa (colloquially known as “Transactions”) were published from time to time. These include the A. L. du Toit Memorial Lectures and other commemorative and scientific works, such as: The Pioneers in South African Geology and their Work by A. W. Rogers, published in 1937; and New Observations on the Ores of the Witwatersrand in South Africa and their Genetic Significance by Paul Ramdohr, published in 1958. Beginning with Volume 86 of 1983, the A. L. du Toit Memorial Lectures have been included in the journal (whenever corresponding articles have been submitted by the Lecturers).

In 2002 the South African Journal of Geology was published for the first time in digital format. This, after GSSA accepted an invitation to publish online by way of GeoScienceWorld;  a then inaugural publishing platform founded by a consortium of geoscience organisations. Subsequently, commencing with Volume 103 (March of 2000), S. Afr. J. Geol. is published at GeoScienceWorld as the version of record with production and printing continuing to take place in South Africa. 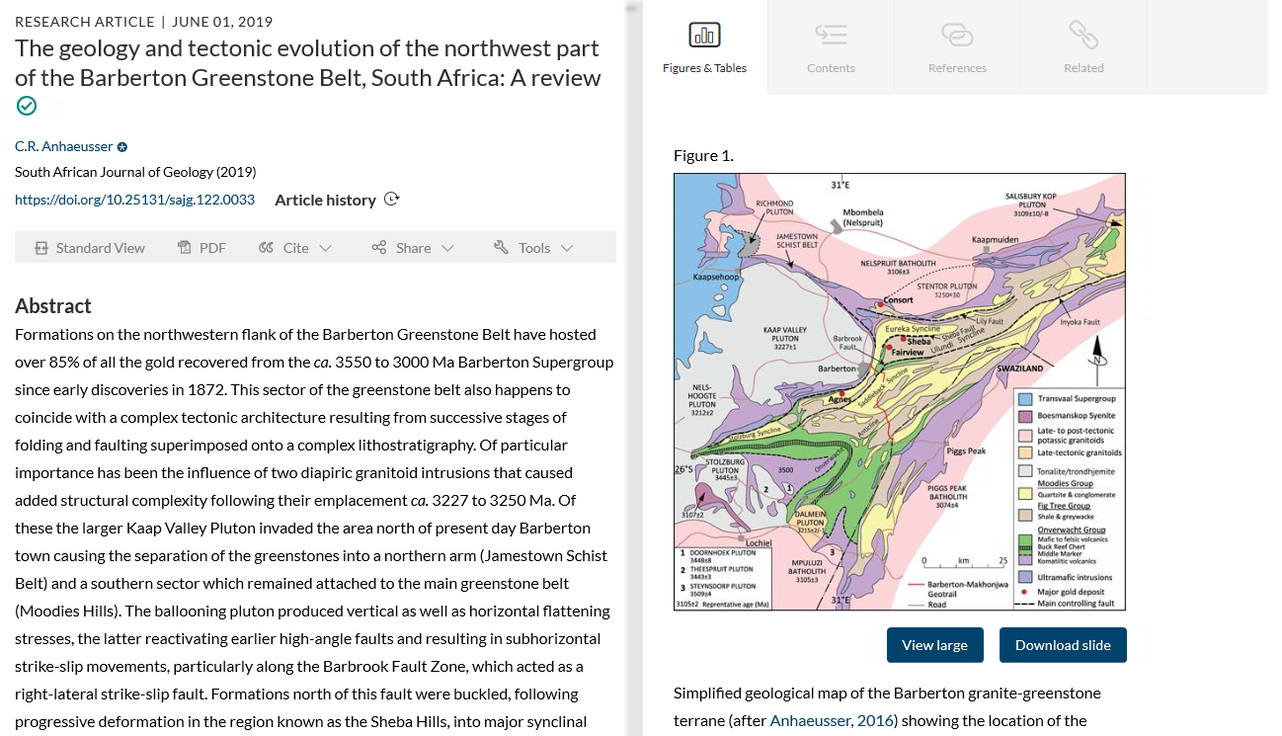 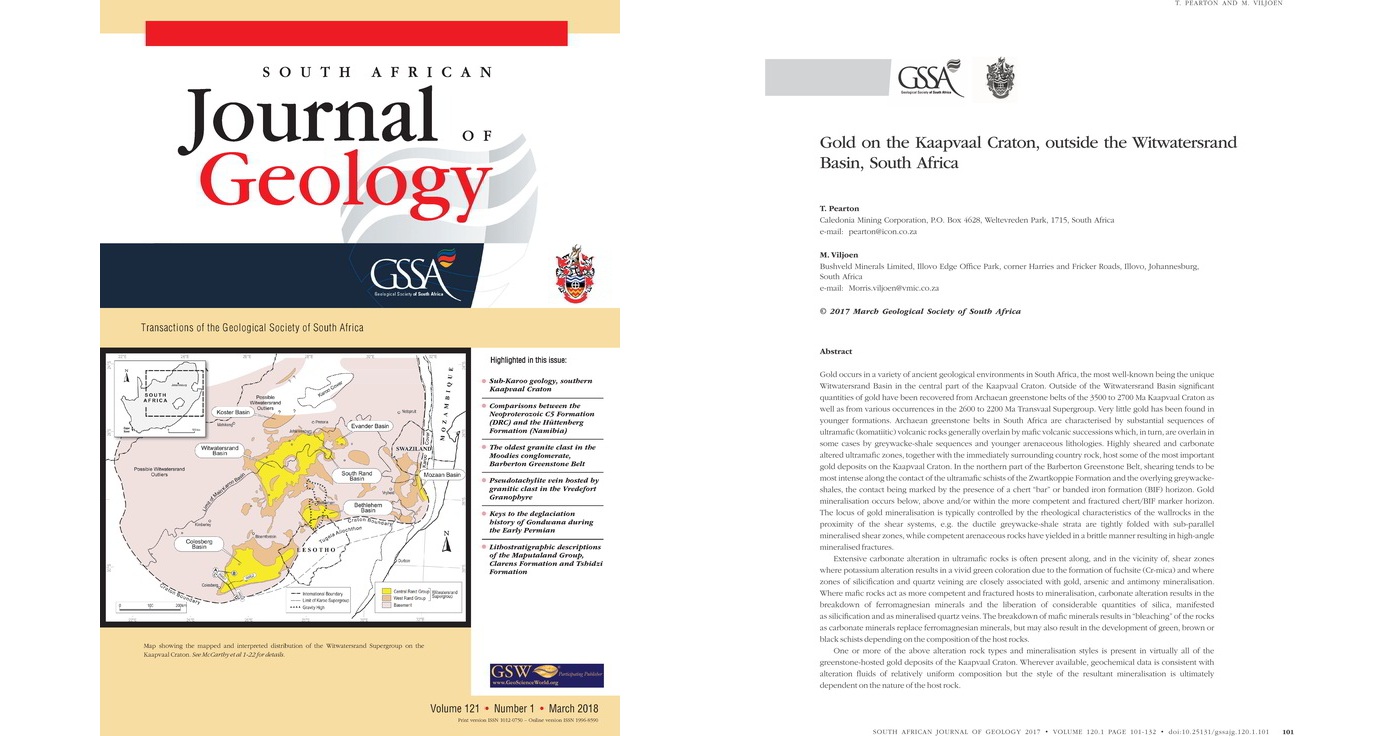 The full-text content of the South African Journal of Geology is a benefit of membership in the Geological Society of South Africa.

Members are granted full-text access to S. Afr. J. Geol. on GeoScienceWorld’s responsive split screen display. For those preferring physical copy, each issue is available in print format as a GSSA membership option.  How to join GSSA

Non-members of GSSA are welcome to subscribe to South African Journal of Geology by remitting the annual subscription rate.